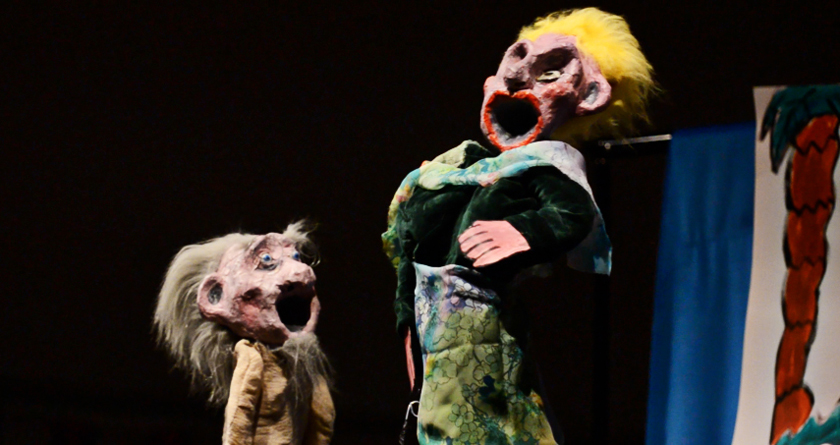 The Fisherman and his wife

Selected moments from the premiere of my puppet opera at the Tete a Tete opera festival in London.  The performance was reviewed very constructively and eloquently by Charlotte Valori for bachtrack.

The Fisherman and his Wife is a nicely conceived opera for children. It’s blusteringly comic, a surreal folktale plot with a zany edge which references modern culture (the desire for free broadband) alongside timeless fairytale tropes (a talking fish who can grant wishes). It has a straightforward moral (greed can’t bring happiness) which is explored carefully through a clearly-structured plot. It’s eminently portable and simple to stage: everything happens on a trestle table with three puppets and some childishly painted cardboard scenery, and all you need to create it is an upright piano and three performers, pianist, soprano and puppeteer. Best of all, it’s fast paced, and not too long; indeed, one keen lad, who looked under ten, questioned afterwards by his father, opined in my hearing that it was “Not long enough”. [Was he the same young boy I spotted sitting transfixed in the Royal Opera House Stalls throughout Tristan und Isolde in December?]

The Fisherman, a dreamy soul, lives in a tiny hut with a wife who harries him daily, threatening to leave him for the nearest rock (quite literally) if he can’t provide better for her. In desperation, he goes out to sea and catches a talking fish, who begs for his life, winning the Fisherman’s pity. In return, the fish grants the Fisherman’s wish for a better house and plenty of food, but the Wife’s satisfaction with this new arrangement lasts less than a day: once she has a house, she wants a better house with plenty of shoes and sushi; then a castle with servants; then to be president and CEO of a phone company so that she can have free broadband; and finally, to be master of the universe so that she can stop the rain. None of these bring happiness, and the last request sends them straight back to their old, dilapidated hut, the fish explaining regretfully that “there is already someone in charge of the universe”. Eventually, the Fisherman realises that his Wife will never be happy, whatever she is given; that happiness comes from within; and, instead of fruitlessly wishing for useless wealth where “every happy moment is a hard sell,” he will find his own happiness without magic.

Eralys Fernandez’s score confidently paints a range of moods and emotions in a cheerful piano accompaniment played for us by the composer, encompassing rowdy exchanges verging on Punch & Judy, little lyrical arias (the Fisherman’s “Almighty God of the Sea” a particular highlight), and dynamic comic passages. Our three characters are brilliantly voiced and characterised by Maya Sapone, singing both Fisherman and Wife with gusto and scrupulous distinction, and puppeteer Alex Winfield as the magic fish (whose name is Harold, though he’s quite private about it). Alex Winfield’s words veer oddly towards American patois, using “neat” and “candy”, and his eclectic references feel like a bucketful of cultural flotsam and jetsam. But it swirls along in a pleasingly nonsensical manner: the various children on the front row were all absorbed throughout. 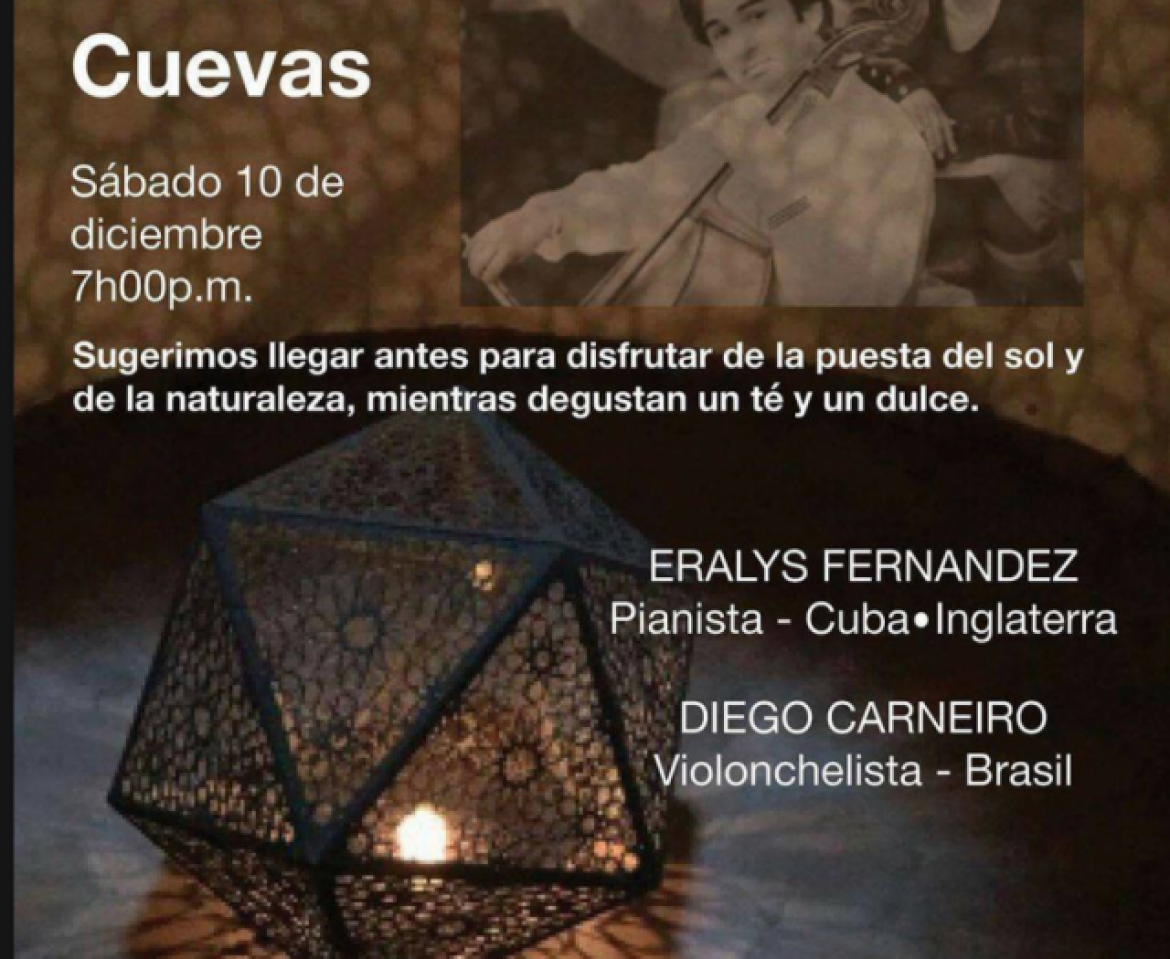 Concerts and Masterclasses in Ecuador – December 2016

In December I went to Quito in Ecuador to play in several concerts as a soloist and as a duo with Diego Carneiro.  I also gave a number